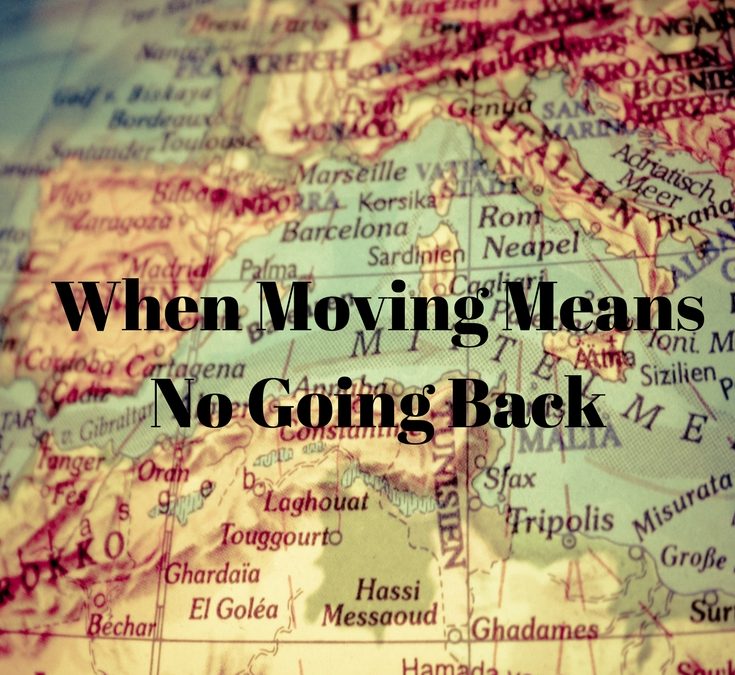 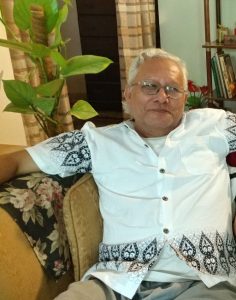 He looks away so that I don’t see the tears or the longing in his eyes. After a few seconds, he turns to look at me and says with a forced smile “It would have been tough to go back, but I think not going back has proved to be even harder. Somehow, I lost all my family history overnight. We gave up our lands, our house and just walked away from our lives there. But the pain of moving has never quite gone away.”

At this point, my 70-year-old father brushes away his wistful look and says, “Now Pakistan is our home. I have come to terms with it a long time ago.”

Daddy was born in 1947 in New Delhi, India. His parents hailed from the small Indian village of Sehaswan, about 150 miles north east from Delhi. The year of his birth was a turbulent one in the Indian Sub-continent; one which witnessed the largest human migration in the world as 14 million people crossed the newly created international borders in search of a new home.

The Partition of the Indian Sub-Continent:

After more than 200 years of British rule, the colonial power had decided to grant India its independence. But independence came at a cost – the partition of India into two countries: Hindu majority India and Muslim majority Pakistan. Like many families, my father’s family was forced to choose which country they wanted to live in and then make the tough migration amidst mass violence, communal rioting and religious tensions leading to mass rape and murder, while the country they had known and loved, split apart.

Like a pomegranate being ripped open, only to find some seeds land in one half, and the rest land in the other half, many families were torn apart and could never visit one another while living on the other side of the border. Diplomatic ties were severed as the two countries fought and waged three wars against each other in the years following independence. 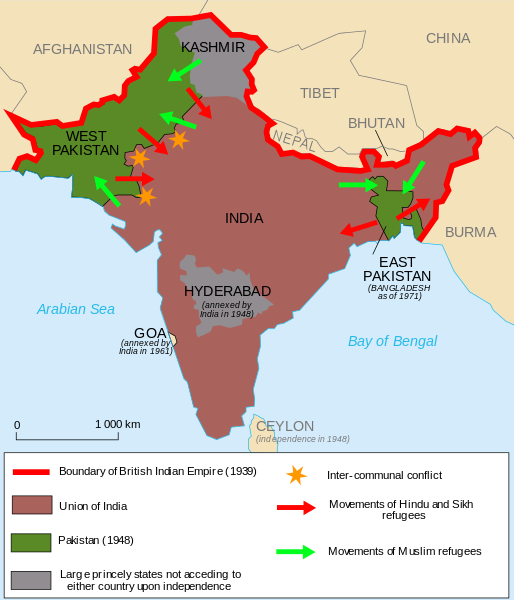 And Then My Grandparents Moved To:

All four of my grandparents were born and raised in India. They spent their childhoods in Indian cities from Aligarh to Delhi to Panipat. My paternal grandparents went on honeymoon to the Indian hillside resort of Simla high up in the Himalayan mountains and gave birth to the first of their children on Indian soil. But after partition, they worked hard to build their lives in newly created Pakistan.

And they worked even harder to forget their old lives.

Moving countries, knowing you can never go back not even for a visit, must be a strange feeling indeed. Growing up in Pakistan, I was painfully aware that all four of my grandparents had said goodbye to their home country and moved to a new country created for the likes of them. They gave up their citizenships and they gave up their ancestral homes all for the promise of a better and safer future. Each time they sat and reminisced about their previous lives, there was pain, nostalgia and longing mixed in with their tales of sacrifice and adventures into the unknown. For the longest time, I only saw India through their eyes: a mythical land full of mango trees, huge ‘havelis’ (private mansions), joint family systems, village bazaars and a rural life full of delectable Mughal food, religious festivals and ancestral fields.

Perhaps because they had chosen their own destinies, they never stopped me from choosing mine. I will never forget the words my paternal grandmother ‘Ammi’ said to me the day I left Pakistan as a 19-year-old teenager, to pursue my dreams in the United States: 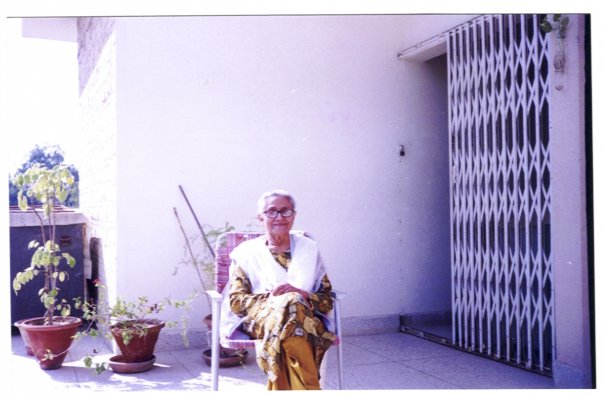 “We came to this country to build a better future for our children and grandchildren. Now you’re leaving to create your own destiny. I hope you will be more successful than we were.”

I often think back to her words even today, long after her death. Her death in 2005 was one of the most painful moments of my life. I was stuck in Houston, Texas working a 70-hour week at an investment bank and could not get the approved time off to fly back to Pakistan for her funeral. The next few years saw the death of my maternal grandmother and maternal grandfather and each time I was living in a foreign country and not able to say that final goodbye. Expat life truly at its worst and most cruel. 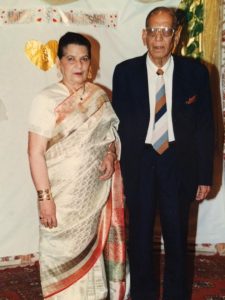 I often wonder if my grandparents would have understood the life that I lead today – the one of a global nomad. The difference between them and myself of course is that I am always able to go back to my previous homes in various cities and countries around the world. A recent trip to the Kingdom of Bahrain where I spent my initial childhood was one of my favorite travel experiences, because it felt meaningful to connect to a place that had been a part of my story. A trip back to Copenhagen or Berlin feels emotional and like a nostalgic trip down memory lane, but also helps me to appreciate my journey and how far I’ve come.

Any expat will tell you that its always a strange sensation to go back to a country you once lived in, but just the mere act of going back releases a catharsis that those of us living a globally mobile lifestyle desperately need. Going back to a city we once lived in, is like revisiting a previous part of our own identity and who we were back then. Its help us appreciate the journey we are on. Going back often provides closure. Sometimes going back for a visit opens old wounds too and sometimes we view our previous experience through rose-tinted glasses, the privilege that hindsight affords us.  And sometimes, we yearn to go back in time, knowing fully well that returning to the same place again will be too complicated. This is the reason I recently said no to a second expat assignment to Denmark. I loved living there, but if I go back, I know it won’t be the same and somehow, I just want to preserve my memories of the place as they are.

So, what happens when moving means no going back? Moving as a refugee, moving as an economic migrant or moving for political asylum are very different experiences than moving as an expat, a diplomat or a missionary. These journeys are full of danger and fear. These international experiences do not come with a paid airline ticket and 4 seats in economy class. These relocations are not helped by a relocation agency ready to provide support on the ground. There is no promised job waiting for you on the other side. No one to help you fill out applications for schools or residence permits.

One of my closest friends in Denmark was the daughter of Afghan refugees, who sought asylum in Copenhagen. When I mentioned I was from Pakistan, she commented “Oh I lived for some time in Pakistan too – in a refugee camp.” I was stunned into silence. Her experience of my country was so different to the lavish style in which I had grown up in surrounded by family, food and countless luxuries. She fled her Afghani hometown of Jalalabad on a donkey across the Khyber Pass to Peshawar, Pakistan and spent many years living in a makeshift refugee camp. She told me there was barely any clean drinking water there for days on end. I found I had suddenly no words to compare her experience of moving to mine. But the desire to understand her experience has only gotten stronger over the years.

Moving as refugees, asylum seekers and economic migrants is the kind of moving that often does not get discussed in expat circles. Because how can anyone compare the two? How can the difficulties of making new friends or learning a new language compare to risking your life to flee in the search for safety and a better future? But as someone who finds moving in all forms fascinating, I hope to start discussing these types of moves too on ‘And Then We Moved To’ in the coming months. Would you be interested in hearing such stories?