THE JOYS & CHALLENGES OF RAISING MULTILINGUAL KIDS: HOW WE ARE DOING IT AND HOW YOU CAN TOO 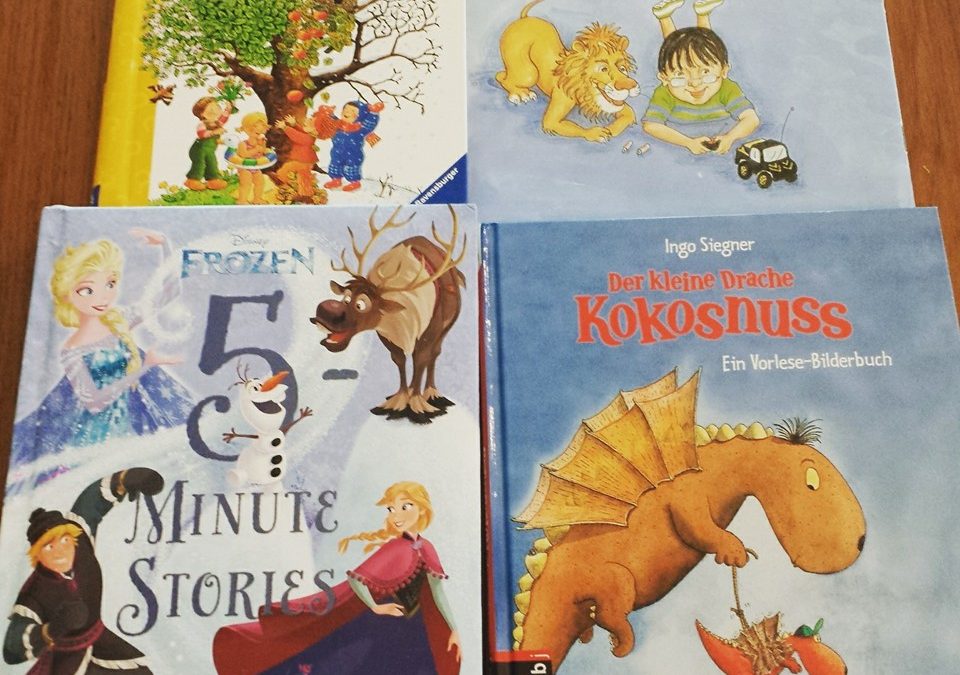 The lady behind me in the queue tapped my shoulder to ask with a half amused/half concerned look “Is your daughter asking you for booze?” Trying hard to stay as calm as possible under the circumstance, I replied “Yes, well she’s actually asking for watermelon in my native language. You see watermelon in Urdu is called ‘tarbooze’, except she can’t pronounce the word completely so she calls it ‘booze’.”

Oh the not-so-silent judgement and looks I got that day! Hashtag: parentingfail

To her credit my 2 year old was finally happy with a big cup of fresh fruit with lots of ‘booze’ (a.k.a watermelon) in it. The lady gave me a wry smile.

I learnt 2 important lessons that day:

But before I get ahead of myself, let me rewind a bit and tell you how I got to this point in my life.

Once upon a time there were two bilingual people who met and fell in love.  They got married; they travelled the world and eventually started a family. They had two kids and decided to speak in their native languages to them and pass on their rich cultural heritage.  This is where things got tricky…how could they pass on all 4 languages to their children? To further add to the language complexity, this couple were eternal expats; constantly moving from 1 country to the next, being exposed to more and more foreign languages, and living away from grandparents, family and friends. The couple turned to reading lots of literature and researched many articles on multilingualism but found the writings mostly concentrated on raising bilingual kids, not trilingual or even multilingual. So, they decided to come up with their own way of raising multilingual kids – mostly through tweaking 1 established language model to suit their specific needs and a whole lot of trial and error in between.

Welcome to our world! Those of you who know Martino and me, know how passionate we are about teaching our kids our native languages. What most people don’t know is that this is probably one of the toughest challenges of parenting that we face almost every single day. Before I go on to talk about some of the challenges and joys of raising multilingual kids and what I have learnt in this journey so far, it’s important to provide some context on our respective backgrounds and languages. 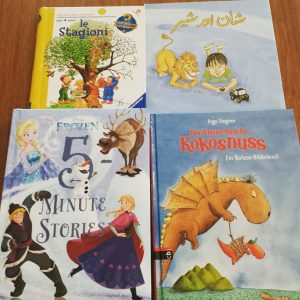 I am a native bilingual speaker of Urdu and English. When we lived in New York in the mid 80’s, my South Asian parents spoke Urdu at home to me and my sister, and we spoke English outside with teachers, friends, neighbours etc. (minority language at home, majority language outside). When we later moved back to Pakistan, I attended an English medium private school where I studied everything – Maths, Science, Biology in English. Growing up in Pakistan meant constantly mixing English and Urdu and borrowing words from 1 language and inserting it into the other, sometimes even mid-sentence. This constant switching back and forth will explain my number one struggle in raising multilingual kids – staying consistent in 1 language.

My husband also grew up bilingually, to a German mother and an Italian father who raised him in Germany. The language rule he grew up with was simple – speak one language with one parent, also known as the popular One Parent, One Language (OPOL) model. So he grew up speaking German with his mom and Italian with his dad. To this day, when sitting with both parents at the dining table, he will turn to his mother and say something in German. If his father says something, he will turn to him and reply automatically in Italian.

My husband and I met in the U.K while studying together at university. This meant that from day 1 we were used to speaking in English with one another. In the early years leading up to our marriage and soon after, we made the effort to try and learn each other’s languages.  I learnt German and he learnt Urdu. We did this specifically so that we when we did have children one day, we could understand what the other was saying to them. I also understand a lot of spoken Italian although I have never formally studied it. When in doubt, I gesture wildly with my hands to make myself be understood – the Italian way 🙂

OUR LANGUAGE FRAMEWORK AS PARENTS:

When it came time to deciding which language(s) to speak with our children, we faced a tough decision. Given the success of the OPOL (One Parent, One Language) model around the world – we decided this would be our basic language philosophy. We both struggled with which language to choose though. I decided on Urdu; it is my mother tongue and definitely easier to learn it as a native speaker than later on in life. I also knew I’d most likely be raising my kids outside of Pakistan, so it was important for me that they understand the language to help maintain their ties to this part of their identity. I figured they would learn English in school anyway regardless of where we lived. 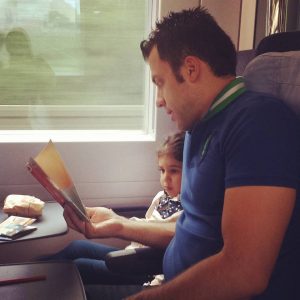 My husband really struggled with his decision; in the end he choose German which is quite literally his mother tongue. Since his parents also live in Germany, he thought it would be helpful if the kids could understand and speak German and feel at home during our visits back to his home country. In addition, since my German is better than my Italian, it made sense that he speak a language with the kids that I could understand too.

At the time of writing this, our 2 kids Mina is 3.5 years old and Mikail is 1 year old. So, our language model at home looks like this:

Outside the home, our daughter Mina has been used to speaking Chinese and English initially, when we lived in Singapore. She spoke many words in Chinese until the age of 2.5 years old and could sing proper nursery rhymes in Chinese too. Since moving to Dubai however, her languages at school are Arabic and English. Her knowledge of Arabic already is amazing, she knows many words, songs and can count easily in Arabic too.

You might be wondering what happened to Italian? Well, the kid’s Italian grandfather speaks Italian with them. We wish we all lived closer so the kids could hear Italian from him and the rest of our big Italian side of the family more often, but it is already surprising to see how Mina picks up Italian very quickly and knows all the toddler essential words in Italian like “parco giochi”(playground) and “ciocolatini” (chocolate). We think both kids will probably have a passive knowledge of Italian and we hope they may choose to learn it more thoroughly perhaps later in life or school to stay close to their Italian roots. Our last name Ottimofiore (pronounced: Otti-mo-fio-ray) is Italian and we are a very Italian household when it comes to many things, especially food, so it would be a shame to lose this very beautiful language from our point of view.

THE CHALLENGES OF RAISING MULTILINGUAL KIDS:

THE JOYS OF RAISING MULTILINGUAL KIDS:

I hope you have enjoyed reading about our multilingual family and the struggles and joys that are part and parcel of this process. For anyone else in the same shoes or considering how to make multilingualism work for them, I conclude with:

Are you raising bilingual or multilingual kids? I would love to hear what works for you and your family! Feel free to leave me a comment below.