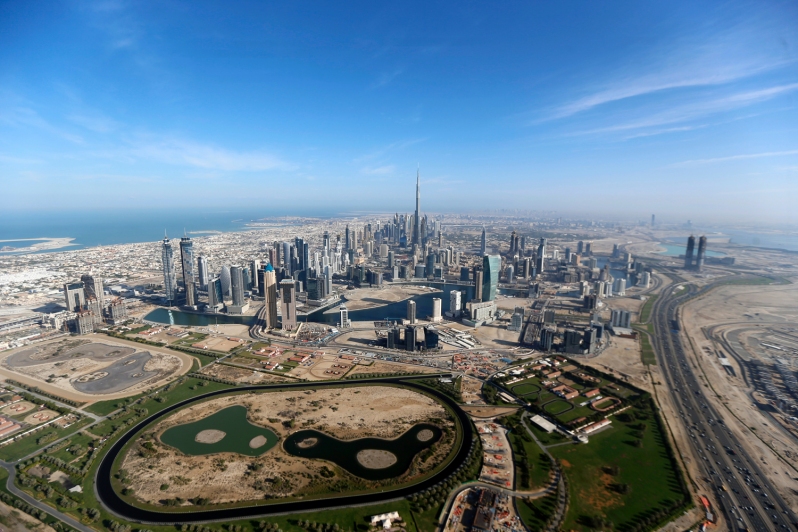 Last month, I literally had the rug pulled from under my feet.

I knew as soon as M came home. That look on his face, told me to sit down and brace myself for some bad news.

“Our Dubai office is shutting down” he said, almost in disbelief himself.

It was no secret that it had been a tough market of late. The oil price was down. And when you live in the Middle East, that’s a big, big red flag. Shipping companies start becoming more cost conscious, reorganization and restructure is the name of the corporate game and that dreaded word “redundancies” starts to become a reality.

So in a major effort to minimize cost, my husband’s company had decided to close down its Dubai headquarters, carry out an internal restructuring and move still-needed jobs and roles to their European headquarters in The Hague, Netherlands.

My first instinct was: “do you think you’ll still have a job?”

My second was “but wait, I’m not ready to leave Dubai yet. We were supposed to have been here for longer! We haven’t even been camping in the desert yet!”

My third was “in which country will our kids go to school?”

My fourth was “but I just learned German and Danish, I don’t know if I can possibly learn Dutch.”

And so it went. Shock followed by disbelief followed by uncertainty. Uncertainty of what the future held for us.

Not wanting to put all our eggs in 1 basket, M actively reached out to his network, and looked for other available roles internally and externally.

As the options started pouring in, I spent one day researching international schools in the Netherlands, and the next looking at cost living estimates for Nairobi, Kenya. One day thinking about which suburb in Johannesburg I could live in and the next contemplating returning to Denmark.

Amidst the chaos and confusion, I tried to keep life as normal for the kids as possible. We carried on with business as usual – went to play dates, hosted visitors, wrote blog posts and organized birthday parties all the while thinking this may be the last birthday we celebrate here probably.

The harsh reality of this expat life had come to bite us – when your job is called into question, suddenly your whole life becomes a question mark. Where you will live, where your kids will go to school, what language you will need to learn to do groceries – everything seems up for grabs. Questions are met with only more questions. In Dubai, if you lose your job with an employer who has been responsible for sponsoring your resident permit, you are only allowed to stay a few months, before being sent “home”. The ground beneath our feet felt super shaky and the uncertainty of it all was sometimes overwhelming with two little ones to think of.

And as it always is, when it seems like we may be leaving a place, the place starts to taunts us – within a week I had found an amazing coffee place, made a new fantastic friend, had just signed up for a new fitness class and paid next year’s school fees upfront when suddenly I didn’t know if we would still be here next month.

A month passed, without any concrete developments. It gave us time to think and figure out what we really wanted to do and what felt “right” for our family. We both agreed that we would prefer to stay in Dubai a little bit longer (this in itself was a huge deal for us to admit given our mixed feelings about moving to Dubai in the first place!) Our first two years in Dubai had passed by in a flurry of settling in, a demanding job which required a lot of travel for M, adjusting our toddler to a new country, new home, new school, new house and a new sibling, giving birth and dealing with two kids under 3 and now, just when we were coming out of that initial haze and feeling settled, it seemed cruel to have to say goodbye to all the wonderful friends we had made here.

What do you do when it’s time to leave, but you’re not quite ‘done’ with a place?

When instead of choosing change, all you crave is some continuity instead? Yes, sometimes, even expats crave continuity.

Sometimes the 2 year itch arrives and we don’t take the bait.

A few weeks later, M was on a business trip in South Africa, when he called me in the middle of the night, Dubai time. Fearing the worst, I picked up, only to be met with some amazing, fantastic news and a very excited husband on the other end:

“They’re promoting me and my role stays in Dubai!” is all I heard before I started shrieking congratulations in excitement.

As it turns out, we’re one of the few lucky ones, and just the realization of this brought forth an incredible amount of thankfulness and gratitude on our part.

The expat coin had been flipped in the air and heads “you move” and tails “you stay”.

So our surprise announcement is that we’re staying put. For a change, we’re not the ones moving, but we’re the ones staying. We’ll be the ones to plan goodbye parties for others and say goodbye to them when they leave. As expats, this is a whole new feeling and experience for us. We are so used to having to be the ones to tell our lovely family and friends that we will be leaving country XYZ and saying tearful goodbyes, that we almost didn’t know what to do initially.

But now we do.

We would like to tell our family and friends all around the world that for the time being, we have bought ourselves a little more time and will continue living in Dubai, at least until the end of this year probably lol 😉 (because there are no guarantees in the expat world!).

And so we will continue to live, happily (and dustily!) ever after in the desert, with sand in our shoes (constantly!) – until of course it’s really time to move. Until that day comes though, I plan on making use of our extra time in Dubai and finally check some of those long-standing items off my Dubai Bucket List.

Some days the biggest lesson I learn from this expat life is a simple one – to learn to truly live in the moment and make the most out of each experience, because you never know when it will end. And to simply be grateful for it all and count our many, many blessings.