We’re Moving…Again! Our Big News About A Big Adventure 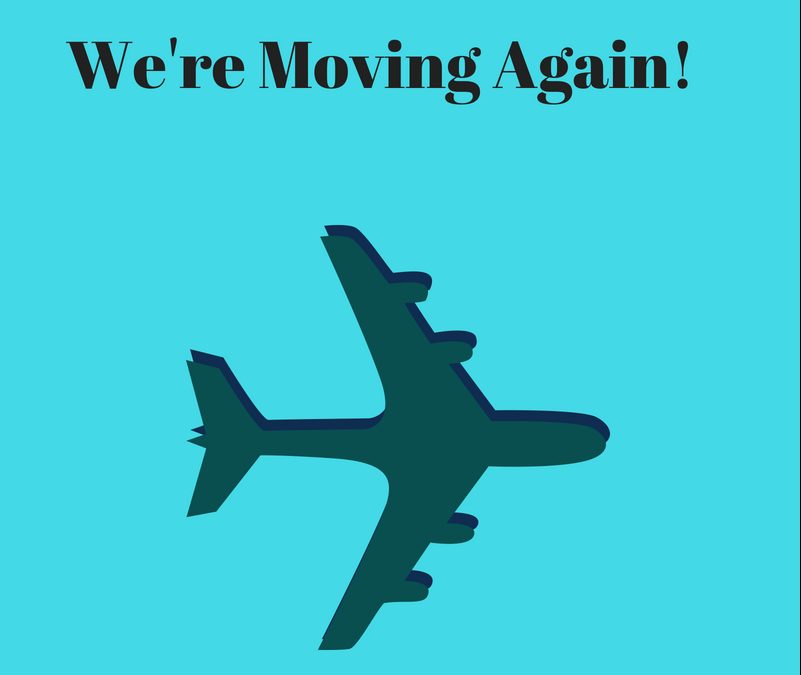 I knew the minute he came home at 5 pm. Early, by his standards, so something was up.

I knew what was coming. Since the start of 2018, we had known that our future hung in a precarious balance. Our expat lives in Dubai had an expiration date, except unlike a credit card there was no clear month and year indicating when.

“Good news or bad news?” I ask nervously, looking at his face and trying to read any clues.

Are We Staying or Going? Dealing with Uncertainty as an Expat

We had already been through a roller-coaster of emotions, each time there was news on what our next expat location would be. One week it was Kenya, the next month Denmark. They needed him in East Africa the most, but he had been working too long away from headquarters, so a return to Europe was touted as the next logical move. Then they said they needed somebody in Panama who spoke German and Spanish, so Central America was also on our list of possibilities. I was getting weary. I refused to start doing any research until there was a concrete offer on the table.

In a dramatic twist of fate, the week before I left in March to attend the Families in Global Transition conference in The Hague, M was offered a role in Johannesburg, South Africa.

By the time I came back from the Netherlands, ready to say yes to South Africa, the deal was off. M was declared too expensive to hire on expat terms, and the South Africans went for a local hire instead.

We were back to square one, much to our disappointment. External options were explored, without much luck or success. We decided to enjoy our Easter vacation in Morocco, not quite sure where we would be come April.

In the meantime, we made plans for our lives in Dubai, on the off chance that come summer we would still be here. We enrolled our daughter in a new school to start in September in Dubai (after her graduation from preschool this term), we renewed our house lease and tried to plan simultaneously for two scenarios: “if we stay” and “if we move”. Anyone who has drawn up these two lists simultaneously knows being in limbo is the hardest place of all. The uncertainty most days can be crippling.

We both felt it made no sense to move back to Denmark. After intense discussions in Copenhagen and Dubai, it was agreed M worked best out at the front lines. His experience in emerging markets in South East Asia, the Middle East and Africa was his strong suit. With all the major stakeholders finally backing his re-assignment, we waited to see where a role opened up.

And the Country is…

The Panama deal was delayed, so there was no concrete offer on the table.

Meanwhile, M’s role in Dubai was merging after yet another restructuring. Raise your hand, if you are an expat spouse who dreads the word “restructuring”? Having been through countless organizational restructuring, we knew nothing was certain. Regions were being merged, portfolios were disappearing, and jobs were changing.

As for me, I was on a strict writing timeline. With my first book set to be published in December this year, I worried that an international move would disrupt my rhythm and concentration. I had imagined birthing this book in Dubai, and the irony did not escape me. A few months earlier, I had compared writing this book to having another baby. And of course, what had happened each time I was pregnant? We had moved. I had already navigated two international moves during both my pregnancies (Denmark to Singapore and Singapore to the UAE), so why would this “baby” be any different? This book which I had started writing in Dubai, had to be finished in…?

“Ghana. They are offering to make me Head of HR for the whole of Africa. The job is based in Accra, Ghana” explained M excitedly.

A hardship location posting to West Africa? I wasn’t sure if I could pinpoint Ghana on a map of Africa, if you gave me one. I thought it was somewhere near Togo and Burkina Faso (?) but I wouldn’t bet my bottom Dirham on it.

I felt excited. And scared. Overwhelmed, but optimistic. My childhood in Pakistan had prepared me for living in a third world, developing country. I was confident I could deal with Ghana’s third-worldliness: the potholes and broken roads, the crazy traffic, the electricity and power cuts, the poverty, the fact that simple errands like grocery shopping would take twice as long etc. For once, I was grateful for my upbringing in one of the world’s most chaotic countries.

What threw me for a loop, was that the first information I started receiving about Ghana was about countering the risk of malaria, especially with young children. Malaria was not to be underestimated, there would be precautions to take and this was something I had not had to encounter yet. I worried about the level of health care and medical services available. The other aspect I initially struggled with was the news that neither M nor I would be able to drive in Ghana, due to the crazy traffic congestion and poor road infrastructure. The company would assign us a driver who would drive us everywhere.

If you have never had a driver, the thought might seem exciting, almost decadent! But having already grown up with a driver in Pakistan, I knew I would miss my freedom and the way I could just jump in my car and drive in Dubai, cruise down Emirates Road while singing out loud to Bon Jovi on the radio. I know, I know, it sounds silly to list this concern (and right after malaria!) but I grappled with the realization that our daily life and routines would be changing dramatically in big ways and small. After 17 years as an expat, there were two things I never took for granted: freedom of speech and freedom of movement.

“Let’s tell our parents” I suggested to M.

Late night phone calls were made to Pakistan and Germany. Although their initial reactions were completely opposite (my father; a former expat asked us 47 questions on Ghana which included the politics, history, region, society, travel routes, health concerns etc. while my in-laws just listened to us and asked almost nothing initially, perhaps not sure where to begin), we knew we had support from all four of our parents in different ways. Over subsequent conversations, it was clear they trusted us to make the right decision, like they always had for each international move we had made so far.

The Three Phases of ‘We Are Moving’

As with any international move, I started by thinking about the country I was leaving, instead of the country I would be moving to. I just can’t help it. It’s like I can’t start a new relationship without properly getting closure on the one I’m currently in. I usually call this ‘Phase One of We Are Moving’ where your heart can sometimes only hold the capacity for one country at a time. Am I ready to say goodbye to my current Dubai life after four years in the Arabian Desert? Oh gosh – the things I’m going to miss! (too many to list here, so that will be a separate blog post)

Phase Two of We Are Moving soon kicks in though. In Phase Two, you kick into full expat gear. I activated my expat network and contacted expats living in Ghana. I told close friends who got me in touch with expats who have lived in Ghana. I contacted a close friend in Oman for tips on how to handle and approach a hardship location posting. I needed to know what we were signing ourselves up for. I talked to relocation agencies, I scoured the internet for expat blogs in Ghana, I amassed information on schooling and housing within a few days. I arranged for a full medical and health tour in Ghana as part of our “go-see” visit so I could assess the level of medical care. With two young kids to think about (one especially prone to injuries) I had to assess the level of medical and hospital care available. A close expat friend posted to Laos, advised me to ask about “the worse case scenario”: international evacuation for medical emergencies. I put that on the list of growing questions to ask.

At night, I often lay awake. Excited at the thought of a brand-new adventure. Worried how the kids would deal with the change? My oldest had already made a move from Singapore to Dubai at almost 3 years of age, but she was too young to remember that move. My youngest had been born in Dubai and this was all he knew. There were a million concerns. But slowly, the old me took over.

The old me, that has lived in eight different countries from North America to Europe and from South East Asia to the Middle East and still loves an adventure. Would Ghana be country number 9 for me?

I stopped reading about malaria (expats in Ghana assured me the risk was manageable if one took the necessary precautions) and forced myself to focus on all the positives this move brought forth:

Yes, to another move.

Yes, to living on the African continent for the first time in our lives.

Yes, to experiencing something new.

We have just come back from our go-see trip. We found ourselves a beautiful home with a white picket fence and pink bougainvillea. We toured schools and nurseries and will start applying for these. We saw health clinics and grocery stores and had chats with expats living there.

So, begins Phase Three of We Are Moving, the one I find the hardest. We have one month left in Dubai. A million things to do. Conversations to have with the kids to help them through this transition. Goodbyes to say to family and friends. Saying goodbye to this life we have built together over the past four years and enjoying all those ‘lasts’. This is the part that truly breaks my heart. This is the part I struggle with even after all these moves. Please send us strength and love and let’s hope we can get some decent hummus in Accra, Ghana 😉

And Then We Moved To…the adventure continues in Africa!

If you enjoyed this article, you might also enjoy reading: